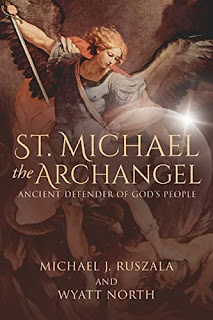 From ancient Jewish rabbis through the Bible and into the Church in every age, Michael the Archangel has quite the story to be told, and even more so, quite the job still to do! This prince of the heavenly host and protector of God’s people is seen behind the scenes from the most ancient of times down to the present day.In this book, we will piece together what the Bible and tradition tell us about angels in general, their being and roles, and about where St. Michael may fit in with the choirs of angels. We trace the interaction with and devotion to St. Michael throughout Church history, recounting various apparitions, healings, prayers, and notable churches named after the archangel.
Amazon Customer Review: "This book is a very thorough description of angels and how they fit in with the devil and human beings. In describing St Michael the author goes back to the writings between 300 & 200 BC. He describes what was written about him in the old as well as the new testaments of the Bible. He then describes how St Michael was honored by early Christians. He then talks about his aide to those in Medieval times and even how he had an impact on Pope Leo XIII in 1884. The conclusion of the book is a Litany in Honor of St Michael. I would easily classify this book as one I would recommend to everyone." - JL Borsberry
Click here for Kindle | Click here for softcover 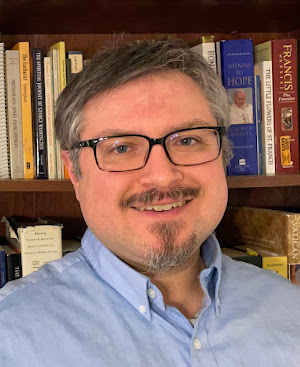 Evangelizing and catechizing adults, teens, children, and families in the Catholic faith.

Michael J. Ruszala is the author of several religious books. He holds a master of arts degree in theology & Christian ministry from Franciscan University of Steubenville. Michael is pastoral associate for faith formation & evangelization at St. Leo the Great Parish in Amherst, NY, music director & organist at St. Teresa Parish in Buffalo, NY, and senior lecturer in religious studies at Niagara University in Lewiston, NY. Certified in parish catechetical leadership by the Diocese of Buffalo, he is the recipient of the 2016 Christian Service Award from the Canisius College Sodality of Our Lady. Michael lives outside Buffalo with his wife Kate and young son Joseph .